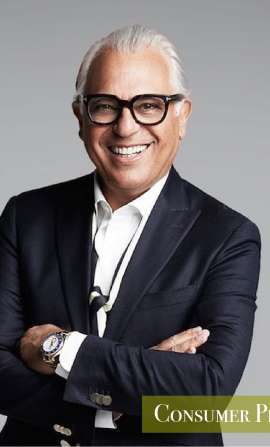 Joe Mimran is a retail, fashion, and business pioneer who has helped build some of Canada’s most recognized apparel and lifestyle brands - Joe Fresh, Club Monaco, Pink Tartan, Alfred Sung, and Caban. Joe is also known for his starring role as a Dragon on CBC’s hit show Dragons Den from 2015 to 2018 and is a champion of young entrepreneurs. He is currently Chairman of Gibraltar & Co, a venture capital firm in Toronto. Through his consulting firms, JM&A and NYBS, provides design and consulting services to major retailers such as Kroger in the US and Staples in the US and Canada. Joe also sits on the board of Canopy Rivers and Khiron. Joe was the honorary Chairman of the inaugural Canadian Arts and Fashion Awards, and the recipient of the Canadian Style Award. He has recently been inducted into Canada's Marketing Legends Hall of Fame. He's been featured in publications including The New York Times, Bloomberg BusinessWeek, and The Globe and Mail.